Financial Aid Department has implemented two types of notifications to inform the disbarment: (1) a general notification to all students receiving Title IV aid; and (2) a notice when loan funds are credited to a student’s account.

Latin Beauty Academy notifies to the student and/or his/her parents about the amount of funds assigned and they can expect to receive from each FSA program. The institution does this process through the aware letter, including FWS, and how and when those funds will be disbursed. The Financial Aid Department makes the notification before the disbursement is made. If the funds include a Stafford Loan (whether Direct Loan or FFEL), the institution indicates which funds are from subsidized loans and which are from unsubsidized loans. During this process, it is the main objective for the institution provides the best information that it has regarding the amount of FSA program funds a student can expect to receive as the actual loan disbursements received by a student may differ slightly from the amount expected by the school (due to loan fees and rounding differences). Latin Beauty Academy includes the gross amount of the loan disbursement or a close approximation of the net disbursement amount.

Latin Beauty Academy notifies when Perkins, Stafford or PLUS loan funds are being credited to a student’s account, except in the case of loan funds made as part of a post-withdrawal disbursement. The Financial Aid Department notifies the student or parent in writing (electronically) of the anticipated date and amount of the disbursement. Student’s (or parent’s) right to cancel all or part of the loan or disbursement (not required if issuing a paper check under the FFEL program).

Direct Disbursement to the Student

*These rules apply to the FWS program as well.

Latin Beauty Academy has established that the date of disbursement also determines when the student becomes an FSA recipient and has the rights and responsibilities of an FSA recipient. It means that when FSA loan funds are disbursed to a recipient, the student or parent assumes responsibility for the loan and has the right to cancel the loan. A disbursement occurs when our school credits a student’s account or pays a student or parent directly with: FSA program funds received from the Department.

If a Stafford borrower is subject to the 30-day disbursement delay and a school credits the student’s account with its own funds before the 30 days have elapsed, this is not counted as an FSA loan disbursement until the 30th day after the beginning of the payment period.

Latin Beauty Academy has established that if the institution makes a memo entry for billing purposes or credits a student’s account and does not identify it as an FSA credit (for example, an estimated Federal Pell Grant), it is not a disbursement. Latin Beauty Academy has right to prepare billing statements or invoices showing the estimated amount of FSA funds that students are eligible to receive; however, these estimated amounts are not FSA disbursements.

Checking Eligibility at the Time of Disbursement

Latin Beauty Academy makes two disbursements of a FFEL or Direct Loan that is certified for a single term or a single payment period; unless it qualifies for the special rule based on low cohort default rates.

1. First disbarment for instructional time in length, for a remainder of a program equal to or less than ½ an academic year;

Latin Beauty Academy considers that the timing of disbursements is especially important for Pell, ACG, and National SMART Grant and Stafford/PLUS loan funds, because our institution must schedule disbursement dates with the Department and/or private lenders.

The earliest that Latin Beauty Academy may disburse FSA funds by crediting the student’s account or by paying directly to the student or parent is 10 days before the first day of classes for that payment period or the date the student completed the previous payment period for which he or she received FSA funds. This limitation is also applicable to FFEL and DL disbursements in credit-hour programs with non-standard terms that are not substantially equal in length.

Latin Beauty Academy specify that other restrictions apply. For example, if a student is in the first year of the program and is a first-time Stafford borrower, Latin Beauty Academy may not disburse the first installment of the Stafford loan until 30 calendar days after the student’s program of study begins. A student can receive the first disbursement of FSA grant or Perkins loan funds when the student begins the program or academic year. The student becomes eligible to receive a disbursement of FSA grant funds for the second payment period when the student successfully completes half the weeks of instructional time AND half the clock hours in the academic year or program or the remaining portion of a program that is more than one-half of an academic year but less than a full academic year.

Latin Beauty Academy pays a student retroactively for any completed payment periods within the award year if the student was eligible for payment in those periods. If our institution is paying a Pell grant for a completed term in which no Pell disbursement has been made, the Pell grant must be based on the hours completed by the student for that term. If the student had enrolled full time at the beginning of the fall term but dropped to half-time status by the end of the term, the retroactive disbursement must be based on half time status. At a term school, all completed coursework counts towards enrollment status, including earned F’s and incompletes that have not converted to “F” grades because the student failed to complete the course work. (This Pell requirement does not apply to any other FSA program.)

Latin Beauty Academy to include an earlier period of eligibility when certifying a Stafford Loan, the student would have had to complete at least a half-time course load in that period. In the case of loans disbursed on a payment period basis, if a student attended the previous payment period but did not maintain eligibility for a Stafford loan, Latin Beauty Academy may not include the previous payment period or its costs in the loan period. In addition, the institution can make any retroactive disbursements in one lump sum.

Latin Beauty Academy uses as weekly payroll period monthly. LBA pays the nonfederal share to the student at the same time pay the federal share. FWS wages are earned when the student performs the work. Latin Beauty Academy pays the student after the last day of attendance for FWS wages earned while he or she was still in school. However, when a student has withdrawn from school and is not planning to return, FWS funds are used to pay for work performed after the student withdrew. A correspondence student is submitted the first completed lesson before receiving a disbursement under the FWS Program.

Latin Beauty Academy based on the definition of Crossover Payment Periods, which is when a payment period is in two award years (that is, when it begins before and ends after July 1), the student is paid for compensation earned through June 30 with funds allocated for the first award year and for compensation earned beginning July 1 with funds allocated for the following award year. Disbursing to students from the correct award year is important; for this reason, Latin Beauty Academy held liable when students were paid from the wrong FWS authorization. Latin Beauty Academy keeps documentation (e.g., canceled checks, bank statements) showing that students received disbursements in the amount charged to the FWS Program.

Holding FWS Funds on Behalf of the Student

Latin Beauty Academy using a written authorization from a student hold, on behalf of the student, FWS funds that would otherwise be paid directly to the student; which it is not prohibited by the terms of a reimbursement payment method. The student’s signed document is identified with the amount of FWS funds held for the student in a designated subsidiary ledger account, maintain cash in its bank account that is always at a minimum equal to the FWS funds being held for students, and disburse any remaining balance by the end of the school’s final FWS payroll period for the award period.

Latin Beauty Academy disburses a Federal Pell Grant to an eligible student, who is enrolled and only after it determines that the student has successfully completed the credits or clock hours and weeks of instructional time in the prior payment period as defined in Volume 3, chapter 1 for which he or she has been paid a Federal Pell Grant.

Stafford and PLUS Loans in Clock-Hour Programs

For instance, a student in the Cosmetology program that has 450-clock-hour payment periods might miss 20 clock hours and only have attended 430 clock hours at the point where 450 clock hours of instruction had been given. As Latin Beauty Academy has an excused absences policy, and the hours missed are considered excused, the student could be paid the next disbursement. To be counted for FSA purposes, excused absences are permitted in the school’s written policies. Under FSA regulations, no more than 10% of the clock hours in a payment period may be considered excused absences. If your school’s accrediting agency or the state agency that legally authorizes your school to operate allows fewer hours to be counted as excused absences, you must follow the stricter standard rather than the FSA standard.

Withdrawal and Reentry within 180 Days

Latin Beauty Academy has established that when a student withdraws from the program during a payment period or period of enrollment and then reenters the same program within 180 days, the student is put back into the same payment period, and any FSA funds that the school or student returned to FSA are repaid to the student. A student who ceases attendance but returns within 180 days may not be paid for repeating coursework.

Withdrawal and Reentry After 180 Days

Generally, an otherwise eligible student or parent becomes ineligible to receive FSA funds on the date that the student: for a loan made under the FFEL or Direct Loan program, is no longer enrolled at least half time; or for purposes of the Pell Grant, ACG and National SMART Grant, FSEOG, and Perkins Loan programs, the student is no longer enrolled at the school for the award year. However, if certain conditions are met, students must be considered for a disbursement after the date they became ineligible. These disbursements are called “late disbursements.”

Conditions for a Late Disbursement

Limitations on Making a Late Disbursement

1. A late second or subsequent disbursement of FFEL or Direct Loan funds unless the student has graduated or successfully completed the loan period (34 CFR 668.164(g)(4)(ii));

1. A late disbursement of Federal Pell Grant, ACG or National SMART Grant funds to a student for whom the school did not have a valid SAR/ISIR by the deadline established by ED. 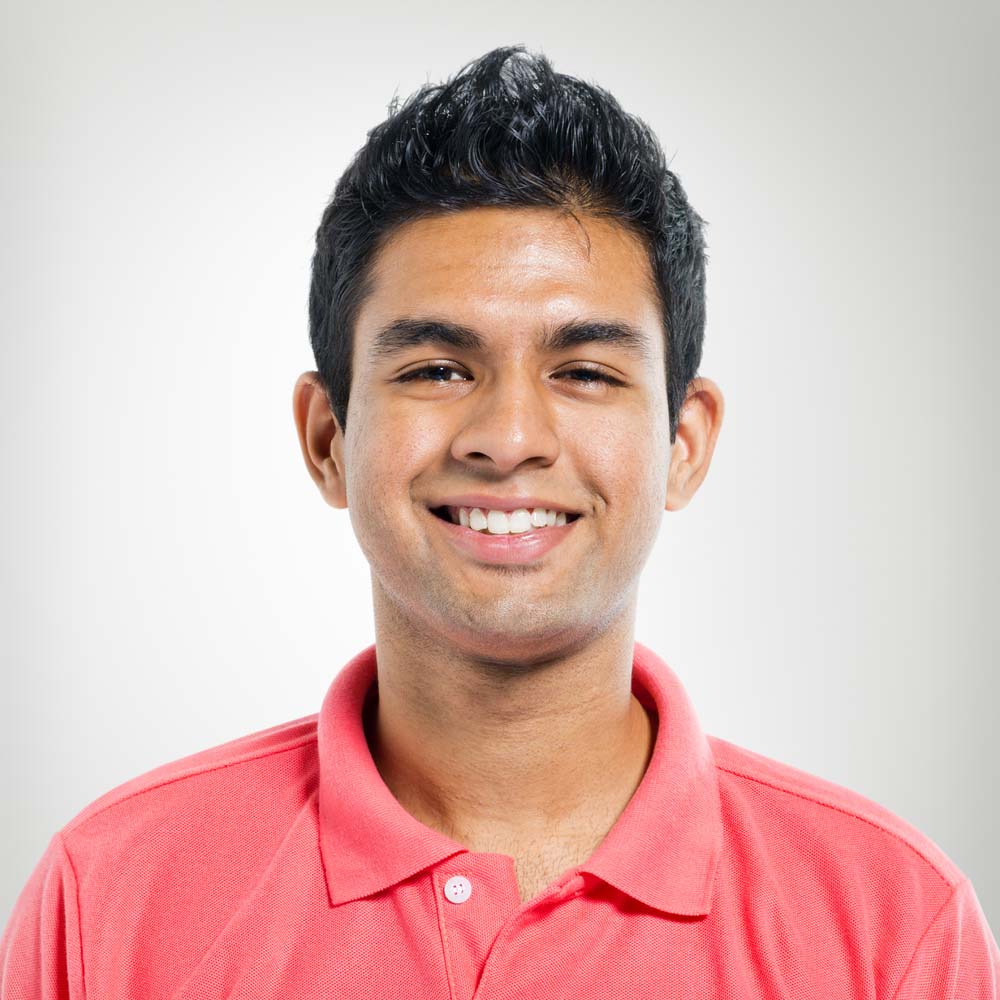 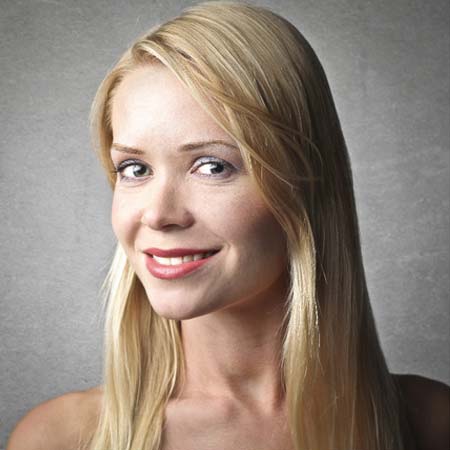